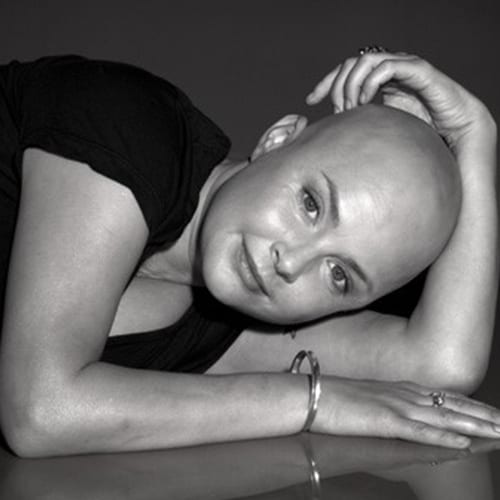 Scottish TV Presenter Gail is an active mental health campaigner, currently working alongside mental health charity Mind, The Samaritans and Bipolar Scotland. She recently hosted “Anxiety Scotland” at the Royal Concert Hall in Glasgow and has just finished filming a mental health documentary for the BBC which will be broadcast in January 2020.

Gail is also an ambassador for SSPCA and Shelter Scotland and recently hosted the women’s cycling tour of Scotland.

Gail is now 48 and mum to 17-year-old daughter Honey from her previous marriage to Dan Hipgrave. She previously dated Prodigy lead Keith Flint who sadly died earlier this year.

Gail has just completed her second book which explores the darkest side of her life; how she was heavily involved in recreational drugs, losing her mum to cancer and her subsequent time in several rehabs. This is being published by Soho Books and will available later next year. Her autobiography ‘Laid Bare’ was published by Ebury in 2007.

Gail recently visited leading addiction treatment provider The Cabin to look at their new women’s programme Rise, a  gender responsive trauma programme exclusively for women. The Cabin is located in mountainous and tranquil grounds close to Chiang Mai in Northern Thailand and Rise is one of the five specialist treatment programmes offered by The Cabin Group.

In the early days, Gail worked in post-production in a variety of roles, from runner to assistant producer. She went onto become a TV presenter and regular celebrity guest on TV shows including Fully Booked, Live & Kicking, Top Of The Pops, Never Mind The Buzzcocks, Wish You Were Here, Comic Relief, Ready Steady Cook, Weakest Link, The Wright Stuff, Daybreak, Loose Women, Ant & Dec and LK Today. She has hosted various radio shows for stations including Virgin, XFM, Talk radio and Heart. Her documentary work has included, ‘Blind Man’s Bluff’ for Channel 4, where she was given the task of travelling across the UK blindfolded for two days, ‘Gail Porter on the baby trail’ for Sky 1, where she travelled to Cambodia to investigate inter-country adoption. ‘So You Think You Can Nurse’ for Channel 5, ‘Gail Porter on Prostitution’, ’Current TV’, and ‘Gail Porter: Laid Bare’ for BBC1. This was a look at Gail dealing with the condition Alopecia which she developed at the age of 32. For many years she was a regular panellist on Channel 5’s The Wright Stuff and took part in Celebrity Big Brother in 2015.

Gail has numerous voice over credits from commercials, including Sainsbury‘s, HMV, WHSmith’s, Boots, and Munch Bunch as well as audio books. She has hosted corporate events from venues as large as Wembley Stadium and Old Trafford as well as various awards ceremonies from The Scottish, BAFTAS and The Emap Awards to The Pink Ribbon Ball at The Dorchester Hotel, in aid of Breast Cancer.