John Stoddart John Stoddart is best known for having taken scores of photographs of famous faces including Pierce Brosnan, Carla Bruni, Michael Caine, Anthony Hopkins, Jude Law, Arnold Schwarzenegger and Catherine Zeta-Jones. He was born in Liverpool and is a former Grenadier Guard. Based in Whitstable but often in London, Stoddart is self-taught and has been in the business for over 25 years. He has been lauded by Professional Photography Magazine as one of their top 100 Photography Heroes and by Master Photography as “the man with stars in his sights??. A raconteur in his field, Stoddart’s past and present clients have included EMI, Harper’s Bazaar, The New York Times, Vogue and Virgin. He has published four books of his works – It’s Nothing Personal (1997), Peep World (2004), Flags and Badgers (2014) and Liverpool, before the Exodus (2016).
‘The Best Things In Life Are Free’
Bottled & Boxed
bottledandboxed.com 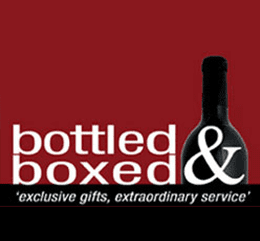