His ‘Best Actor in a Leading Role’ nominated performance as Frank Sinatra in the hard-hitting drama, ‘Rat Pack Confidential’ on London’s West End brought him national attention in his native Britain.

Currently resident in LA, Richard is best known to American TV audiences as Arnaud in ‘Jane the Virgin’ and Mr Benson in ‘House of Lies’. In the UK, Richard is known for his 2-year stint playing the charmingly murderous Dr Adam Forsythe in ‘Emmerdale’. He was nominated ‘Best Supporting Actor’ for his role as Detective Forbes in both the British and Chicago Horror Movie Awards.

As a singer, Richard recorded his swing style influenced albums ‘Top Cat’ at London’s Abbey Road and ‘Richard Shelton’ at Capitol Studios in LA. He has performed for British and European royalty, at the world famous Ronnie Scott’s Jazz Club in London, Catalina Jazz Club, Vibrato and Vitello’s Jazz in LA, with the Royal Philharmonic Orchestra, the BBC Concert Orchestra, in the movie ‘I Capture the Castle’ and has numerous international TV appearances..

‘Best things in life are free’ 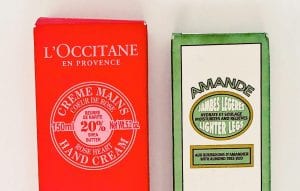